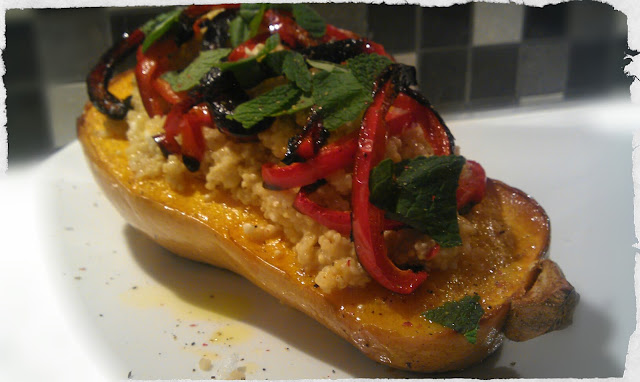 I’ve been wanting a Lorraine Pascale cookbook for a couple of years now, ever since first watching her BBC Christmas series. I love getting to know new cooks and being inspired by their fresh ideas.  With Lorraine, I love the fact that she is an ex-model, she’s young, hip, and trendy and therefore a welcome addition to the world of (British) cookbook writers and TV personalities. Her specialty is “baking”, but not just of the sweet variety.  Lorraine considers baking to include anything that can be cooked in an oven, which just so happens to be my favorite method of cooking as well. (To buy her cookbooks, click here) 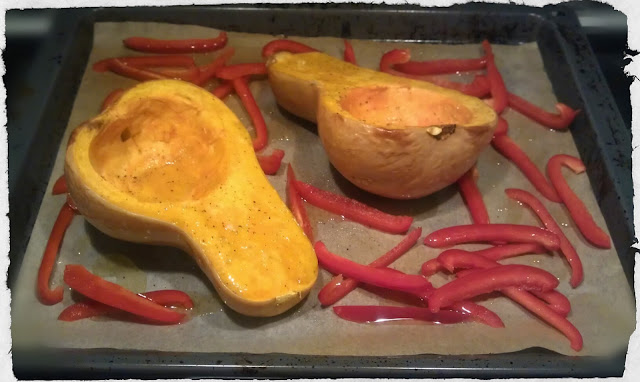 Last week my colleague generously allowed me to borrow her cookbooks (a dangerous thing to do – I didn’t want to give them back!  At least my colleagues know what to buy me for my birthday this year …) and one of the recipes that struck me was this butternut pumpkin recipe (I say pumpkin, you say squash).  It seems to tick so many boxes.  It’s healthy (quinoa is one of the most healthiest grains available), vegetarian (yet still satisfying), and perhaps most importantly, at least to me, is that it looks fiddly while in reality it’s incredibly simple.  The only catch, as with all baked foods, is that it does take an hour to cook.  But, it’s so easy to prepare and assemble that it’s still included in my weekday meal repertoire. 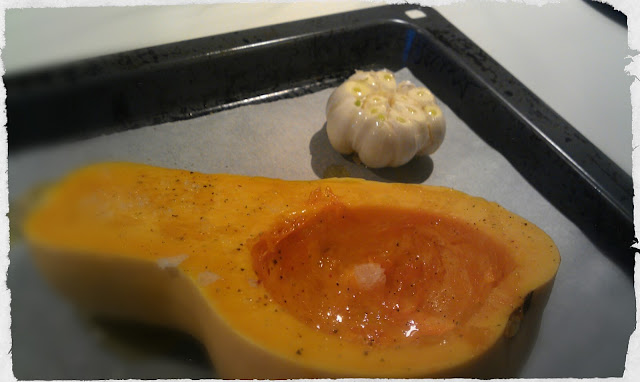 I’ve added a few of my own touches to Lorraine’s recipe, including the addition of lemon juice (I just can’t eat quinoa without it) and ground cumin instead of fennel seeds (mainly because I didn’t have any fennel seeds on hand at the time, but also because I love the combination of cumin and pumpkin).

I do however have one disappointment to share regarding this recipe.  Meneer Prins has developed a dislike of quinoa (he only ever tried one particular recipe but immediately declared his permanent dislike).  When I tasted this particular dish before serving it to Meneer Prins, I was convinced that he would change his opinion – I mean, what is there not to like about this dish?  However, Meneer Prins is a hard nut to crack, and so unfortunately this one isn’t a keeper, at least not as far as he is concerned.  For me – it’s possibly my favorite vegetarian dish to date!

Butternut Pumpkin with Quinoa, Feta, Basil & Mint
2013-04-18 03:47:50
Serves 4
Write a review
Save Recipe
Print
Ingredients
2 butternut pumpkins cut in half length ways and de-seeded
extra virgin olive oil
salt & pepper
2 bulbs of garlic
quinoa (one standard box)
2 red peppers, sliced (rode paprika)
ground cumin (komijn gemalen)
2 handfuls of pine nuts
2 small red chillis, finely chopped
block of feta cheese, crumbled into pieces
squeeze of honey
good squeeze of lemon juice
bunch of fresh basil, coarsely chopped
bunch of fresh mint, coarsely chopped
dash of balsamic vinegar
Instructions
Preheat the oven to 200 degrees Celsius.
Place the butternut pumpkin halves and the garlic bulbs with the top chopped off on a baking tray or in a roasting dish and generously drizzle with olive oil, and season well with freshly ground pepper and salt (I like to use flaky sea salt). Bake in the oven for 30 minutes.
Meanwhile, cook the quinoa as per the instructions on the packet and chop the red peppers into strips.
After the 30 minutes, pull out the oven tray/roasting dish and remove the garlic and set aside to cool slightly. Scatter the strips of red pepper onto the baking tray/roasting dish next to the pumpkin halves. Sprinkle some ground cumin over the pumpkin halves. Bake for a further 30 minutes.
Meanwhile add the pine nuts, chili feta, honey and lemon juice to the cooked quinoa. Squeeze the roasted garlic flesh out from the skins and mince it up in a small bowl with a fork. Add it to the quinoa mixture and mix everything together. Season with salt and pepper to taste. Add more lemon juice if necessary.
Place the cooked pumpkin pieces on a plate (one half per person). Spoon the quinoa mixture in/on the pumpkin, leaving some of the orange pumpkin showing (to act as a border for aesthetics).
Sprinkle the red pepper slices and chopped herbs over the quinoa mixture. Drizzle with a bit of olive oil and balsamic oil to finish.
Eet Smakelijk!!
Monique xx
Notes
Approximate WeightWatchers Propoints value per serve: 13
Adapted from Lorraine Pascale
Adapted from Lorraine Pascale
My Little Chequered Kitchen http://mylittlechequeredkitchen.com/
Wordpress Recipe Plugin by Recipe Card