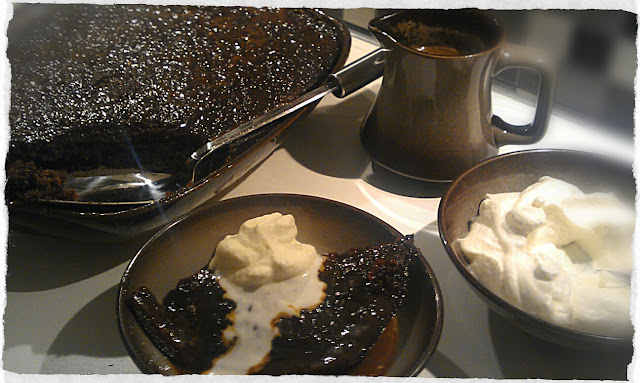 If I had read Nigella’s introduction to her Chocolate Section in “How to become a Domestic Goddess” a few years ago, I would have cursed her as an heretic and tossed her now legendary cookbook in the rubbish bin.  Chocolate and all things chocolate was God.  I was a self-confessed chocoholic and a fully subscribed member of chocoholic’s anonymous. 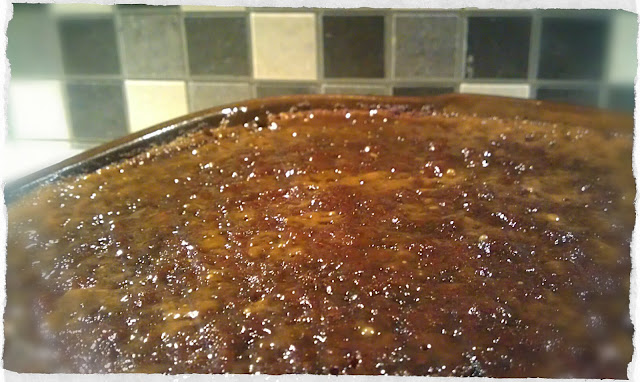 These days, my tastes have expanded to include many sweet things that aren’t made of or contain chocolate;  and now when I choose a dessert off a restaurant menu, I will more likely choose something fruity over something chocolaty.

Now this Sticky Date Pudding has the unique ability to mess with your mind.  It looks like it’s a chocolate pudding, and so it conjures up all those warm tingly feelings you get when you fix your eye on anything chocolate.  But, in fact, this pudding contains no chocolate whatsoever. 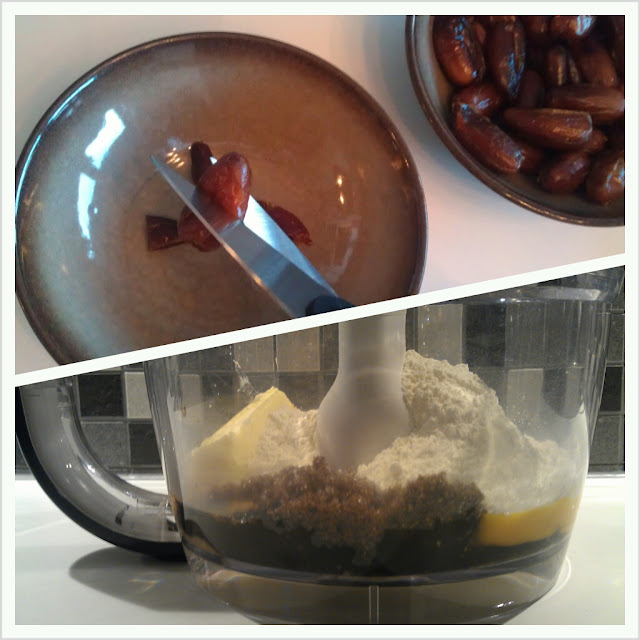 I have to admit that I’m ashamed to be 30 something and yet I’ve never before in my life tried Sticky Date Pudding or any of its variants.  It’s now firmly on my list of “keepers” (whenever I try a new recipe, I always ask Meneer Prins whether it’s a keeper or not.  This one definitely is).  I was inspired to make it when watching Simon Hopkinson, otherwise known as “The Good Cook” on BBC a couple of Saturdays ago while he made his Sticky Toffee Pudding. 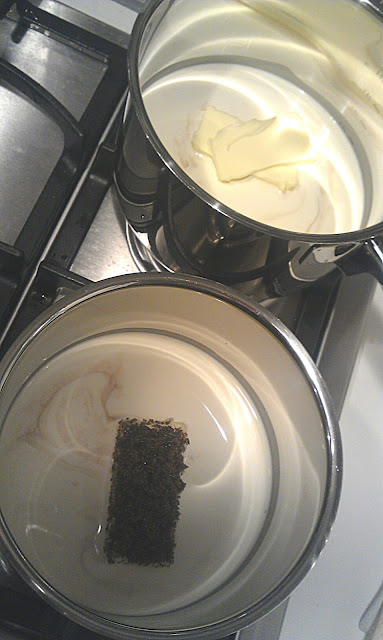 I’ve put a couple of my own twists on this recipe, including keeping aside a few pieces of chopped dates to add some texture to the sponge, rather than putting everything in the food processor.  Also I couldn’t find molasses sugar in the Dutch supermarkets, and so I’ve used liquid palm sugar instead which produced the same dark richness both in colour and in taste.

Also, rather than making one big pudding like I did, it would also be equally divine if you were to cook the batter in individual moulds (I’m thinking muffin tins or something similar) as then you’ll get more of the chewy crust.  But although individual portions can look more professional – as if it were served at a restaurant – I’m more a fan of rustic home cooking.  There is something comforting and sentimental about scooping up your own serving from a bigger dish.

However keep in mind that the more shallow the dish you use (like I did, and like Simon used) the thinner the  sponge.  Next time I’d like to try it in a deeper dish to get more height from the sponge. 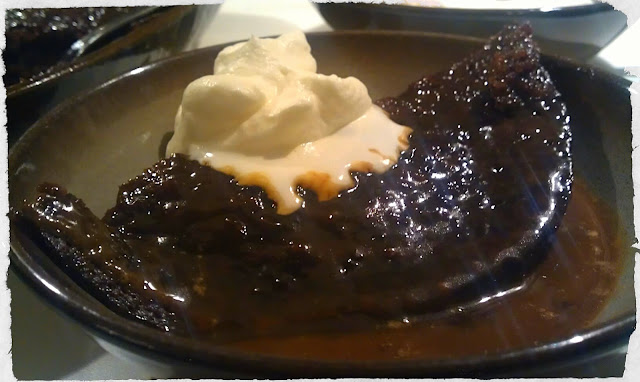 Sticky Date Toffee Pudding
2013-04-18 04:49:14
Serves 8
Write a review
Save Recipe
Print
Ingredients
or the sponge ...
175g pitted, chopped dates (pitloos dadels)
1 tsp (heaped) baking soda
50g butter
pinch of salt
75g demerara / raw sugar (rietsuiker)
75g liquid palm sugar
2 large eggs
175g flour (tarwebloem)
3 tspn baking powder (bakpoeder)
1 tsp vanilla essence
for the topping ...
250ml cream (slagroom)
80g butter
100g dark brown sugar (donkere basterdsuiker)
1/2 cup liquid palm sugar
for the extra sauce ...
500ml cream (slagroom)
50g butter
50g dark brown sugar (donkere basterdsuiker)
1/2 cup liquid palm sugar
Whipped cream to serve (opgeklopte room)
Instructions
Preheat oven to 180 degree celsius.
Chop up the dates using kitchen scissors, and then soak in 275ml of boiling water. Set aside to cool.
Add the rest of the sponge ingredients to the bowl of a food processor. Once the dates have cooled to room temperature, keep about 1/4 of a cup of them aside, before adding the rest to the other ingredients.
Blend the mixture using a food processor until smooth. Add the remaining dates, and then pour the mixture into a greased baking dish and put in the oven for about 40 minutes.
While the sponge is in the oven, you can simultaneously make the topping and sauce. Add the ingredients for both into two separate pots, and heat on a stove top until the mixtures start to boil and thicken.
When the sponge is ready, pull out of the oven and pour the topping over the sponge. Put the dish back into the oven under a moderately hot grill until the topping starts to bubble.
Serve with a generous amount of the sauce and a lashing of whipped cream.
Eet Smakelijk!!!
Monique xx
Notes
Approximater WeightWatchers ProPoints value per serve: 24
Adapted from Simon Hopkindson
Adapted from Simon Hopkindson
My Little Chequered Kitchen http://mylittlechequeredkitchen.com/
Wordpress Recipe Plugin by Recipe Card